When the Archbishop of the Brazilian city of Manaus, Leonardo Steiner, kneels before Pope Francis on August 27, the Brazilian cleric will go down in history as the first cardinal to come from the Amazon region.

“Communities feel that the distance between Rome and the Amazon is now smaller,” Steiner told The Associated Press in a written interview. “Perhaps this is the reason for the joy of the Amazon people at Pope Francis’ decision.”

Secretary General of Brazil’s National Bishops’ Conference Leonardo Steiner speaks in Brasilia, Brazil, March 13, 2013. When Steiner kneels before Pope Francis on August 27, the Brazilian cleric will enter the history as the first cardinal to come from the Amazon. PHOTO: AP Photo/Eraldo Peres/File Photo.

Steiner attributed his selection to four priorities of the pope: the desire to do more missionary work in the Amazon and to be attentive to the poor; caring for the Amazon “as our common home” and being a church that “knows how to contribute to the autonomy of indigenous peoples”.

Spanning nine countries, the Amazon region is larger than the European Union. It is home to 34 million people, including more than three million indigenous people, belonging to about 400 ethnic groups, according to the Catholic Church.

Steiner attributed his selection to four priorities of the pope: the desire to do more missionary work in the Amazon and to be attentive to the poor; caring for the Amazon “as our common home” and being a church that “knows how to contribute to the autonomy of indigenous peoples”.

There is a religious lens through which to view the acute environmental struggles also unfolding in the region: The Catholic Church‘s socio-environmental agenda is a contentious issue with many Brazilian Pentecostal churches. These have a powerful caucus in the Brazilian parliament and have passed the pro-agribusiness beef caucus in Congress. Pentecostals and beef industry advocates belong to President Jair Bolsonaro’s far-right political base.

Cardinals are the most senior clergy under the pope. Often referred to as “red hats” because of the color of their caps, they serve as papal advisers. More importantly, together they select every pope, the leader of the world’s 1.3 billion Catholics.

For Church watchers, it will come as no surprise that Francis eventually appointed an Amazonian cardinal, given the importance the region had to his papacy and the attention he gave it. 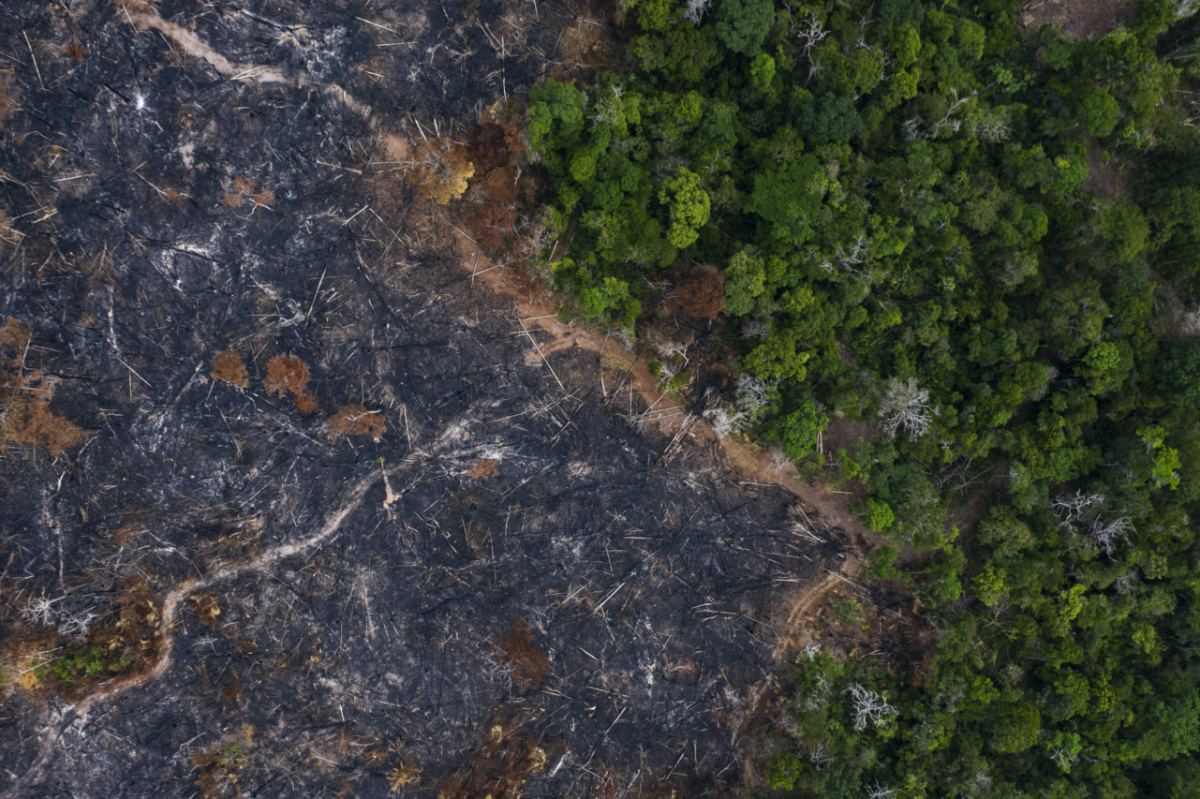 Francis was first moved by the fate of the vast Amazon basin in 2007, during the conference of the Episcopal Council of Latin American Bishops, according to Brazilian priest and historian José Oscar Beozzo. Francis was then Archbishop of Buenos Aires and helped write the official record of the conference. The final text pleads for the preservation of the Amazon and Antarctica.

Francis then consecrated an entire synod, or meeting, of bishops in the region in 2019. In his environmental awakening, crystallized in his 2015 encyclical Praised be you, he campaigns for the preservation of the region’s biodiversity and presents the indigenous peoples as guardians of the forest. In 2018 he also visited Madre de Dios, a region of the Peruvian Amazon devastated by illegal mining and logging.

The pope appointed Steiner archbishop of Manaus right after the end of the Amazon synod, appealing to a Franciscan who clearly shares the same philosophy and ideology as the pope’s namesake, St. Francis. The pope may have noticed Steiner because he held a prominent position in the Brazilian episcopal conference and served as its general secretary from 2011 to 2019. He also has serious Roman credentials, having served as general secretary from the Pontifical Antonianum University of the Franciscans in Rome, one of the main pontifical universities.

The Amazon Synod was also marked by the theft of three indigenous statues of a naked pregnant woman, which were part of a procession to the Vatican at the start of the meeting. Conservative critics had castigated the synod’s “pagan” prayers and idolatry, and early one morning thieves entered a church in the Vatican area where the statues were on display and threw them into the Tiber.

Francis publicly apologized to the Indigenous leaders present for the theft, and the statues were dredged from the river in time for the meeting to end. One was placed prominently in the synod hall while the synod fathers voted on the final recommendations.

The main thief, an Austrian far-right activist Alexander Tschugguel, became something of a celebrity within the traditionalist opposition to Francis because of the stunt. In the years that followed, the coup itself came to crystallize the distaste that conservatives and traditionalists have for this Pope, where even crimes are justified to save the faithful from his “heresy”. 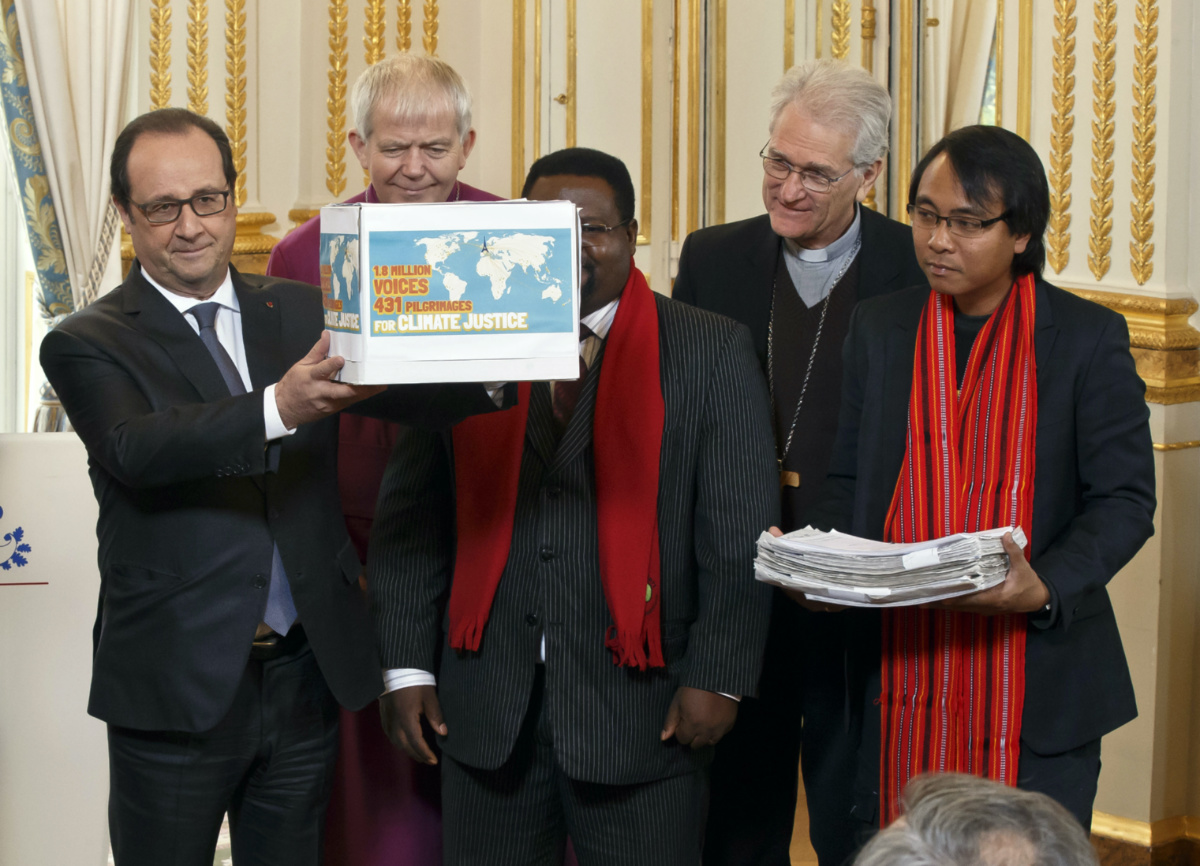 The Catholic Church’s relationship with the Amazon began in 1617 when Franciscan missionaries arrived in the coastal region of Belém. Their opposition to the enslavement of indigenous peoples strained relations with the Portuguese authorities, who expelled Catholic missionaries from the region three times, the last in 1759.

At first, Catholic denominations required missionaries to learn indigenous languages ​​to work in the Amazon and spread Christianity. Jesuit priests went so far as to create Nheengatu, a language based on the indigenous Tupi language adapted with Portuguese words and grammar. For a time it became the most common language in the Amazon and remains spoken in some areas.

For Beozzo, the historian, Pope Francis promotes a sort of “patriarchate” in the Amazon, similar to the five patriarchates in places like Jerusalem and Constantinople in the early Middle Ages, an effort to elevate the status of the Amazon within Catholic Church. structure.

The synod, the 2020 creation of the Ecclesial Conference of the Amazon Region and now Steiner’s elevation are all part of Francis’ goal to bring the world’s largest rainforest to center stage, Beozzo said. .

“His choice marks a very important moment to consider the Amazon as a region with its own church dynamic, which welcomes the importance of the indigenous peoples of the region.”

Steiner, 71, is one of 21 new cardinals announced by Pope Francis in late May. They include Giorgio Marengo, who served as the Apostolic Prefect of Ulaanbaatar, Mongolia, Robert McElroy, Bishop of San Diego and Peter Okpaleke, Bishop of Ekwulobia, Nigeria.